The last adventure that we had in Bolivia was visiting the largest body of water in South America - Lake Titicaca. We took a bus from La Paz which included a rickety old ferry. Eventually we arrived in the gorgeous lakeside town of Copacabana. 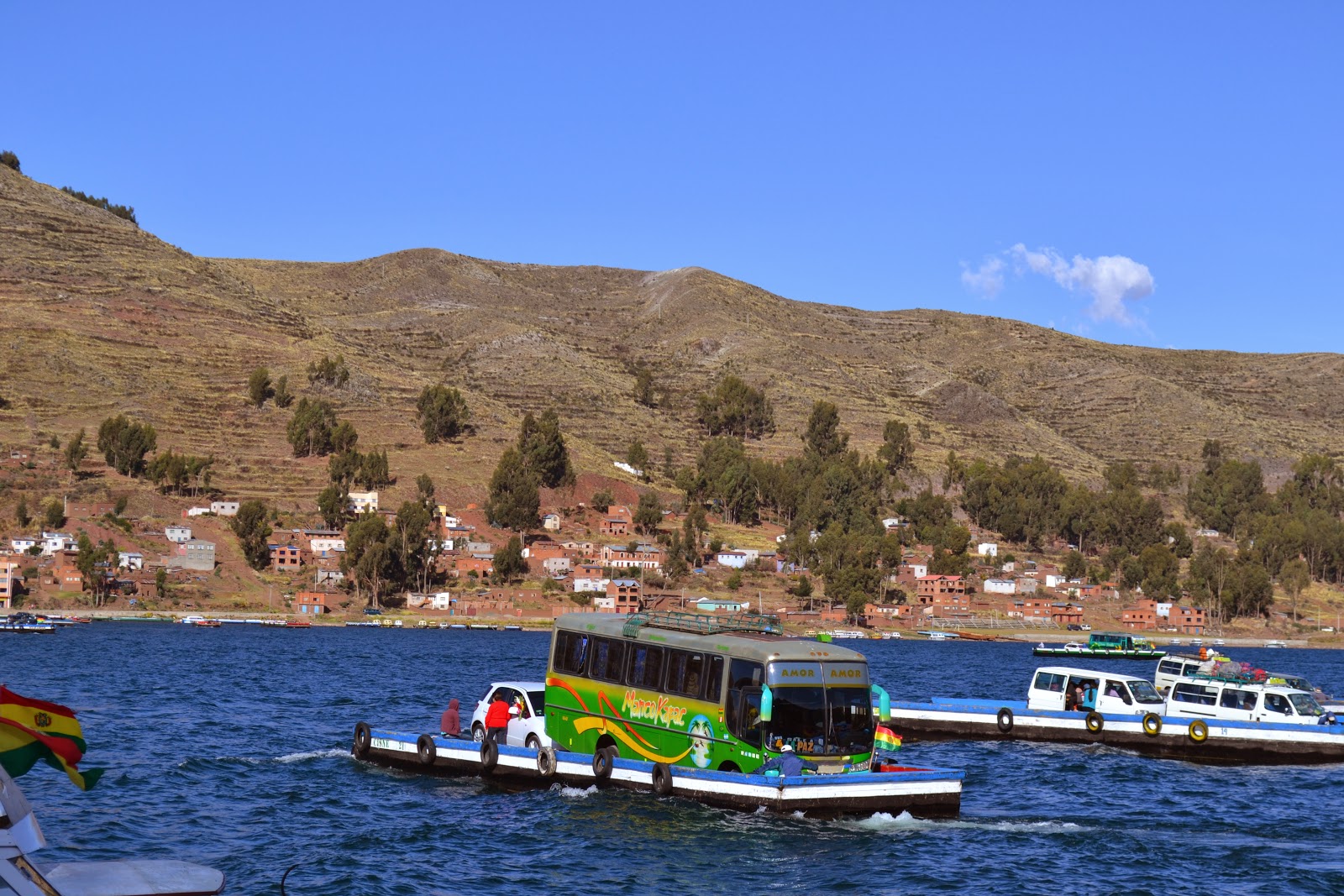 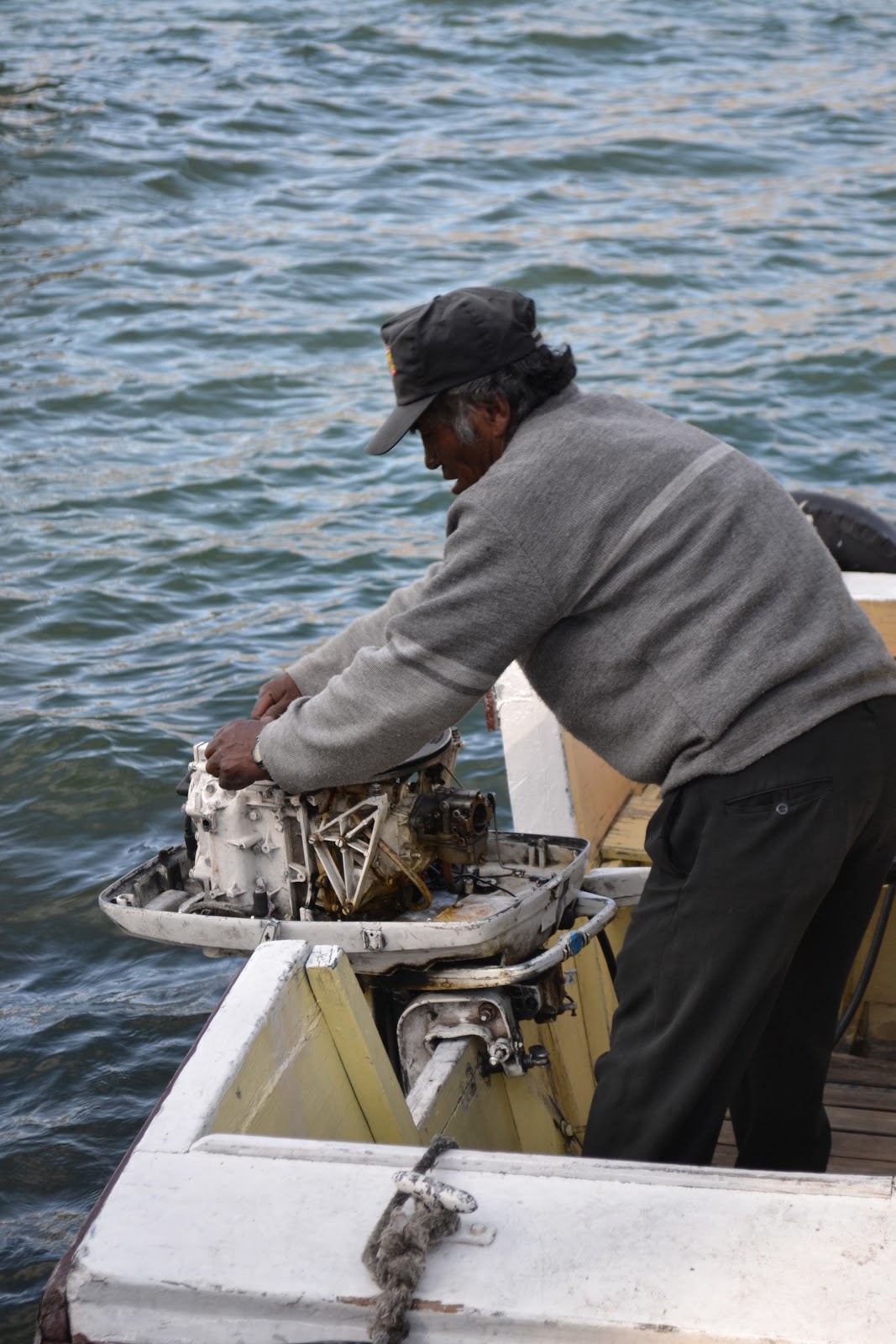 Due to an oversight in our organization, Sarah and I went down to the Lake to get a boat to the famous Island del Sol at around 9am - just after the many boats had left. The only options were to wait until 2pm, or charter a private boat for around ten times the price. We roamed the now abandoned town dejectedly trying to recruit people to travel with us, and eventually came across a Bolivian family on holiday who, after some negotiation, were literally in the same boat as us. 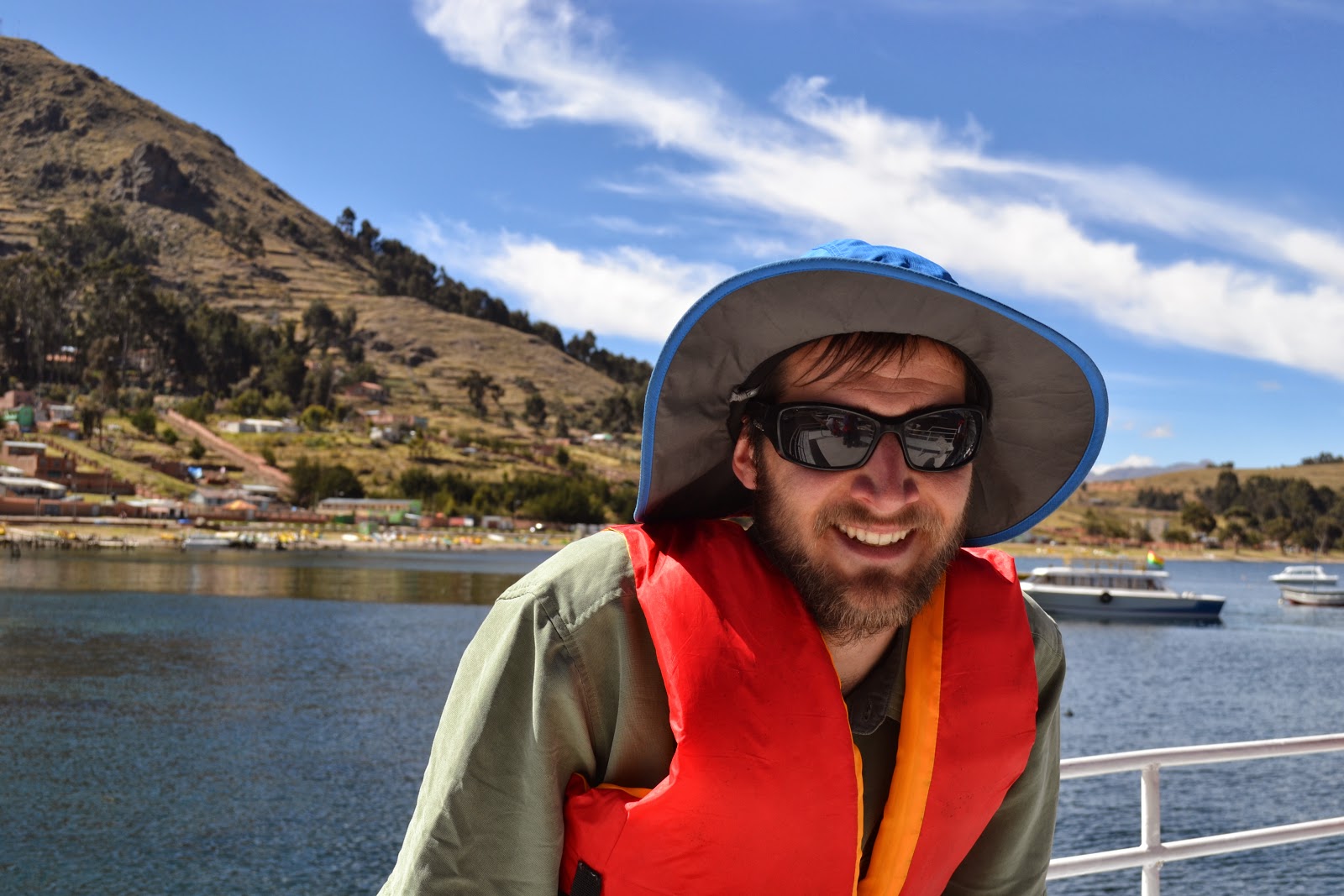 They spoke about the same amount of English as we did Spanish so it was a very interesting day in terms of communication.

The main stop for the day was the gorgeous Island of the Sun. We stopped on the northern end and went for a couple of hour walk with our new Bolivian family.

Among the many old ruins we visited a sacred rock that reportedly looked like a Puma. The guide had to throw stones at each eye and ear before anyone could see the slightest resemblance, although in Inca times it was apparently painted and adorned in gold which might have helped! 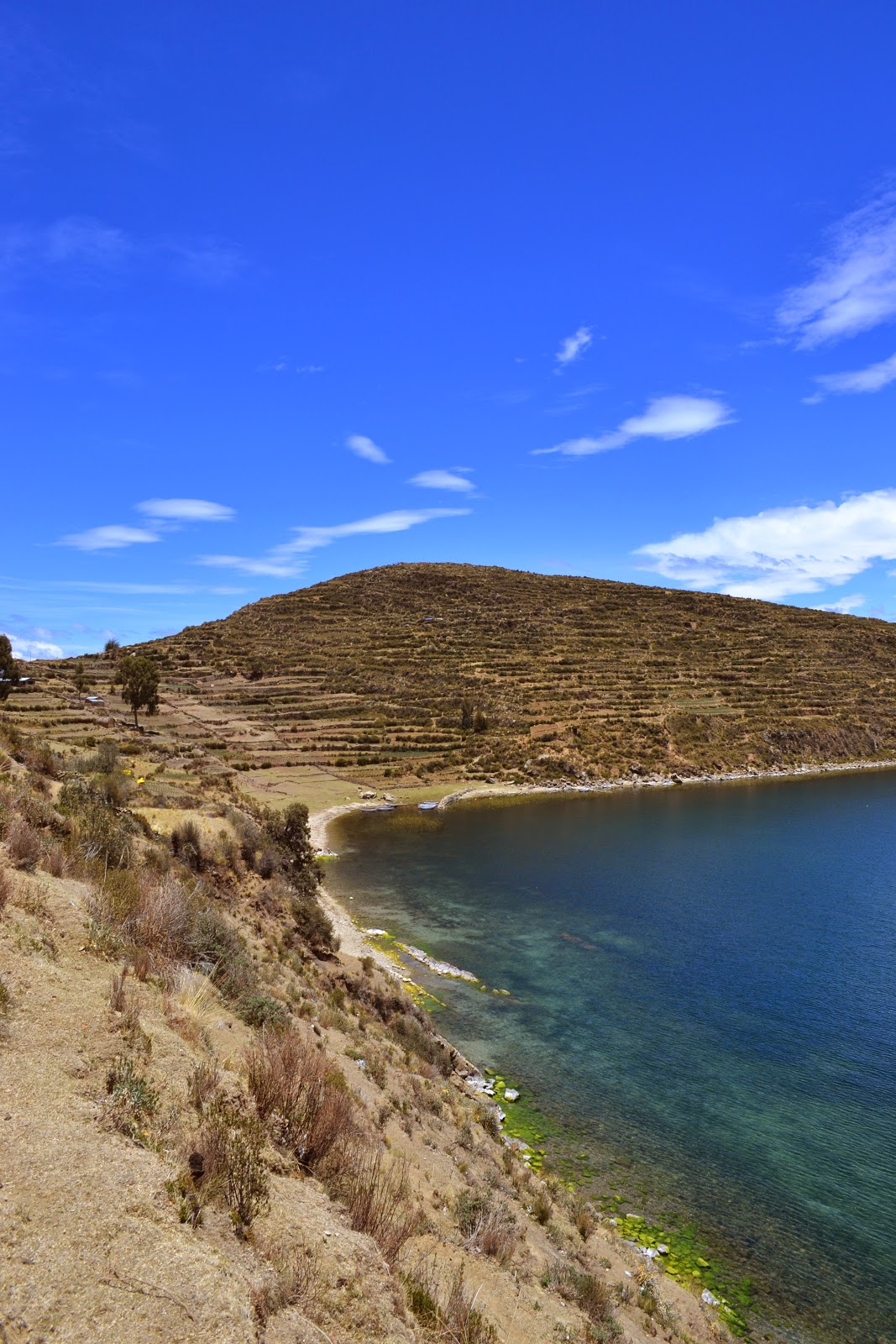 Not many people lived on the island, but most of their houses were constructed using ages old techniques - drying mud bricks themselves.

The small section of the day where we had a guide was good - lots of ruins packed into a prominent place on the island. Unfortunately our guide spoke only Spanish and even with the Bolivian family doing their utmost to help translate key points most of it was lost on us.

We did clarify that a huge rock table we were sitting around was used for animal sacrifices and not human ones.

We had some very fresh fish for dinner; first selecting which size fish we wanted then watching it caught, filleted and cooked. Sarah didn't like watching the fish get prepared, although she didn't seem to mind eating the fish. The introduced fish was a variety of Salmon - and was delicious. 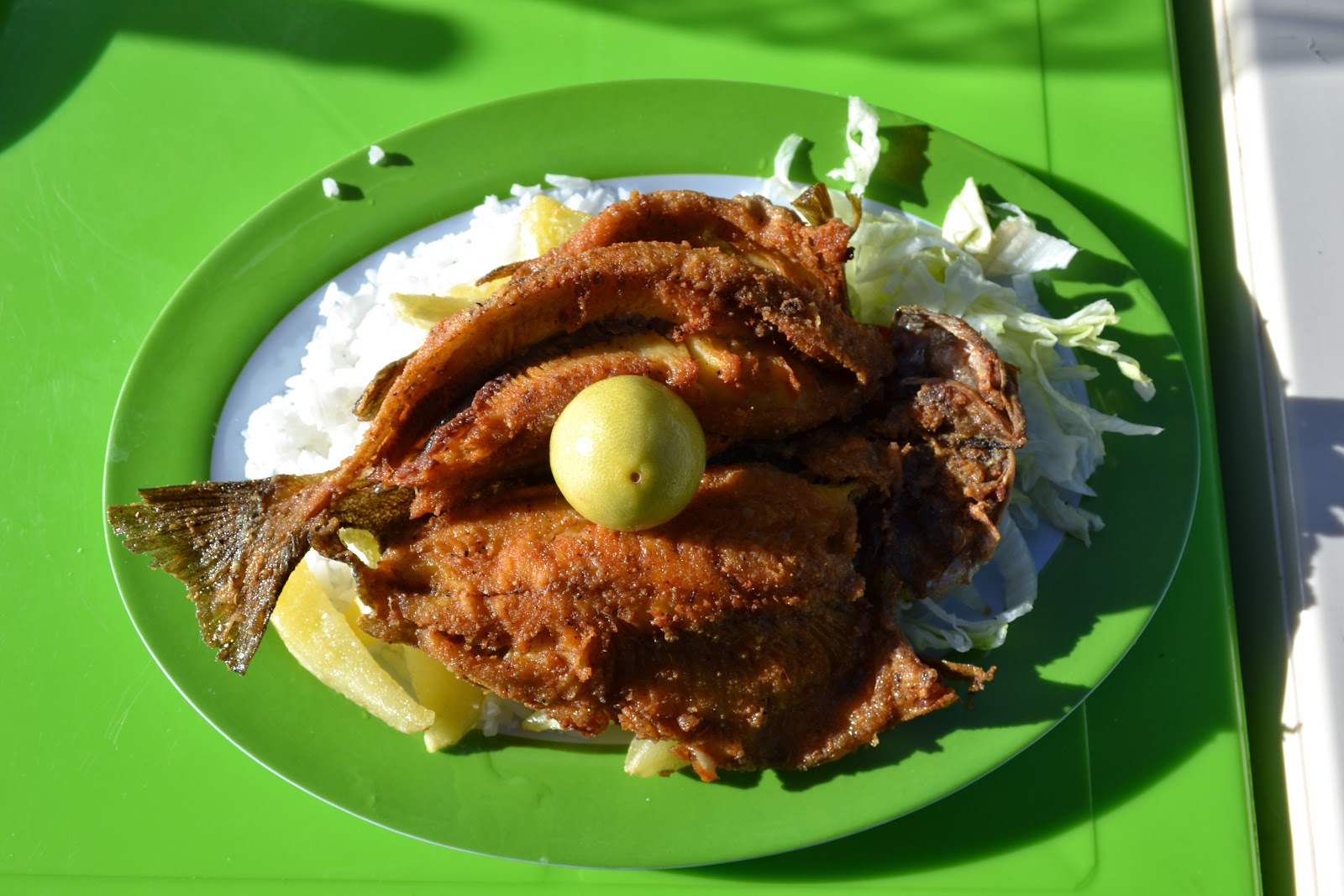 The boat ambled its way slowly back towards Copacabana where we had to run for our next bus taking us out of Bolivia and into Peru!
Posted by Brian Thorne at Sunday, December 15, 2013