What a city, so much history, art, drinking and adventure! The sightseeing tour on foot or bus is worth while if you’re remotely interested in history.

Our trip from Bolivia was on a luxury Cama bus, but unfortunately it was freezing! The next overnight bus we take, we will bring our sleeping bags onboard with us. Arriving at 5am was definitely a mistake, obviously the town was only just waking up. The 5 sole taxi into town was a great investment as we avoided carrying our bags through quite a downpour. As we wandered the rainy streets a hostel owner asked us if we wanted to stay at his “Hostel Hostel”, as it was really cheap and we could go into our room then and there we said we were keen. Sadly this hostel was above the biggest nightclub in Cusco (The Temple) so we didn't get that much sleep! 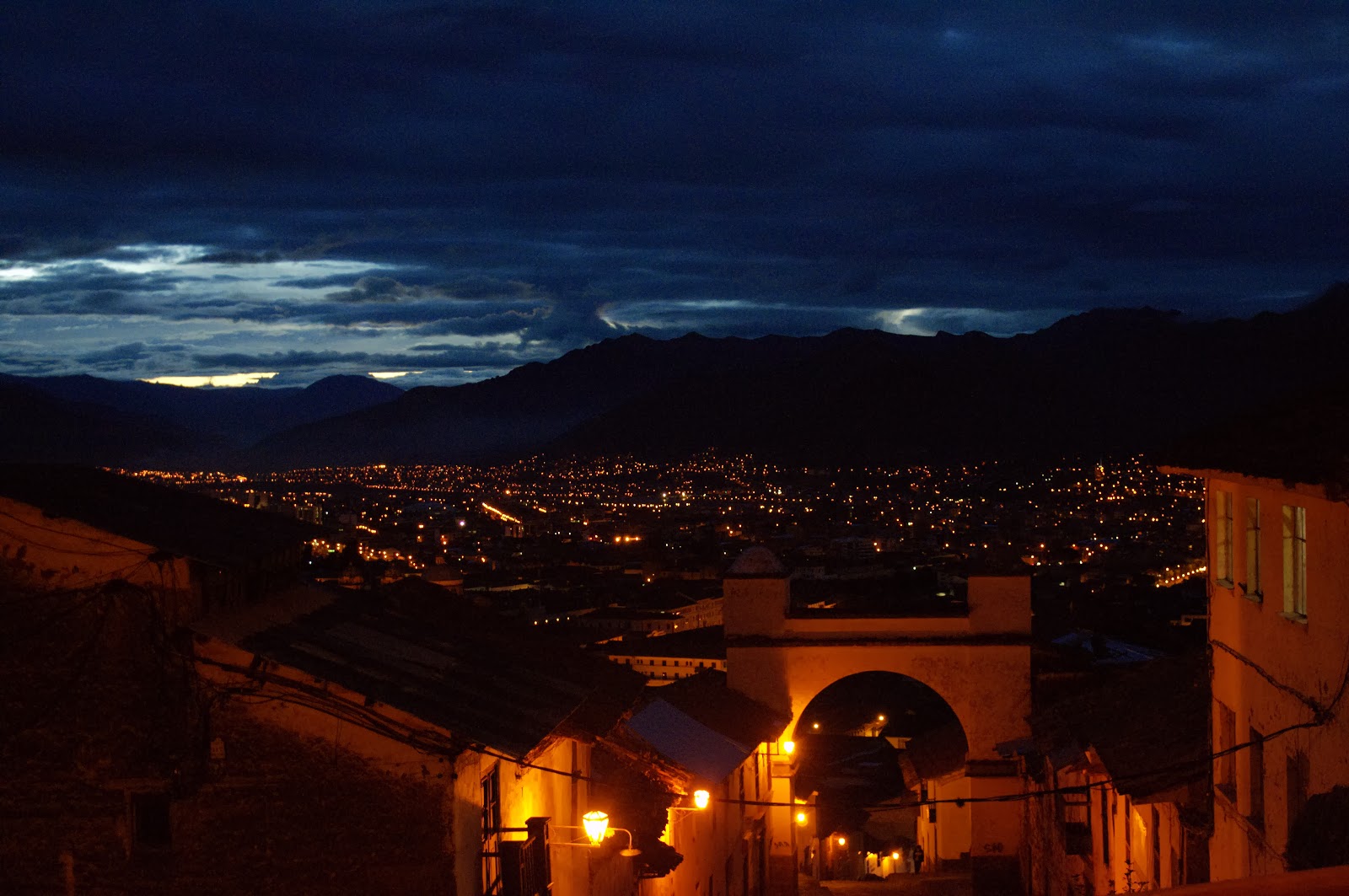 The next night we moved to the Loki Hostel, known as a party hostel, it has a very vibrant young atmosphere. Try get a room near 11, 12 or 13 as you’ll get private wifi that is much faster than what everyone else has to use at the bar. Unfortunately this can still be painfully slow - like most of South America; uploading our pictures from Machu Picchu at the hostel was an exercise in futility. Loki had different activities each day we were there including an all you can eat BBQ and a pizza night which was a lot of fun.

Cusco probably has more tourist operators than any other profession, and because of the intense competition to nab tourists for their tours, you get verbally assaulted just walking down the street. Cusco also seems the place to be if you’re in the market for a massage, every corner near the central plaza has at least one person offering a rub down! The only place that is worse is bus stations, where everyone is trying to sell tickets to all possible destinations.

We came across a random rock climbing establishment offering nightly climbing movie screenings. We went along one evening, the movie was in Spanish but we still got the gist of it! We even signed up for their yoga class in the morning - although that was across town and we didn’t end up finding the studio among the jumbled streets.

The Inca Museum in central Cusco was good, but sadly most of the descriptions were written only in Spanish, which we still can’t speak or read. We also visited the Chocolate Factory, which was free but wasn't that amazing (mostly due to lack of Chocolate samples).

We met up with Inge and Coraline from Huayna Potosi and we all went out for an amazing vegan meal. Like many places in Peru the best value meal was the Menu of the day. We also had a tip about the vegan Chocolate Mouse which lived up to its reputation.

Overall Cusco is a fun place to hang out, relax, meet other tourists and organize great adventures.
Posted by Brian Thorne at Saturday, December 14, 2013