In brief, I realize I forgot to write about doing the Trailwalker last year and it is coming up again. This post is my feeble attempt to right some wrong and promote this amazing event.

Every year teams of four descend on Lake Taupo to take on a decent team challenge, walking 100km in under 36 hours. Entries are now open for Oxfam Trailwalker 2011 (April 9-10), interested?

In the middle of March last year I got an email to president (at) cutc.org.nz that looked a little something like this:
Mariana and I have joined a team to do the Oxfam Trailwalker (http://www.oxfam.org.nz/oxfam_trailwalker), a fundraising event in Lake Taupo on April 10th. The goal for each team is to raise $2000 and walk 100 kms in 36hrs. It seems doable, but it will much easier with the help from the tramping club.
I was wondering if the club has sponsored teams like ours for this kind of events before. I'm not sure if the club as an organization can help directly with fundraising, but at least I was wondering if I can make announcements through the mailing list, forum, or meetings.
Also, we are looking for another walker (one of our teammates decided to get pregnant!) and people for the support team.
We really appreciate any help that the club can provide us.
Obviously the usual thing would have been to forward the email to the club as part of our weekly newsletter; being selfish though, I was far to eager to join the team myself so I jumped at the opportunity before someone else could. Yes I know, what an abuse of power!
We managed to raise lots of money from the generous people in the CUTC. We had lots of direct donations as well as organizing training/fundraising tramps where people would donate money in order to come along. R&R Sport jumped on board as well - giving us a brand spanking new pack to raffle off.
I was luckily already going to be in the north island for a computer science conference the following week so I managed to change my university provided flights. A couple of weeks later we were meeting up in Wellington and squeezed into the NZEGA car - a tiny excuse of a vehicular device if ever I saw one. Here are a few photos from the event, I highly recommend reading the account on stuff I link to at the end. 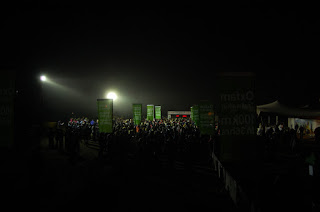 The start line at 5am 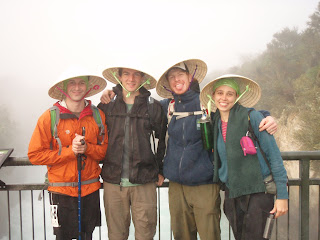 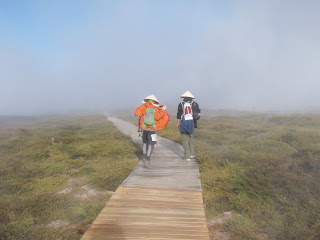 The north island is weird, half of it is on fire... 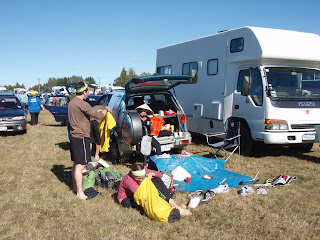 At a checkpoint - time for lots of food and drink 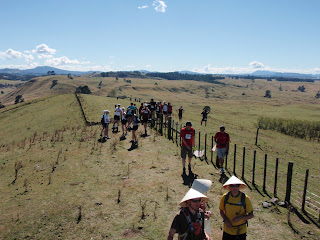 Meandering along with the hordes 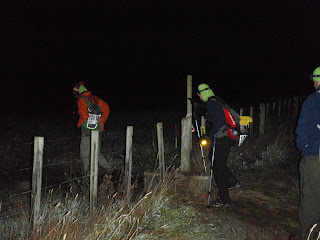 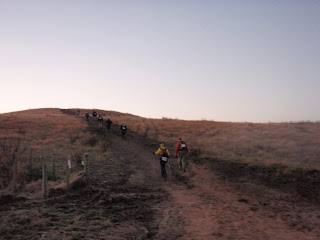 The sun rises and we are still going strong 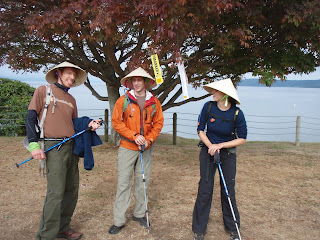 Walking the 100kms wasn't as easy as I thought it would be, not that I got blisters or anything, in fact I could still run at the end of it, but I was a touch stiff the next day! We were walking solidly for 28 hours. I'd like to do it again, but in a more competitive way - only a few teams tried running the entire thing, but it is clearly possible... just saying.

Advice for anyone doing the trailwalker: take plenty of pairs of socks, your feet will love you for it, stay hydrated and have fun.

Oh and someone I was walking with for a while was actually a reporter, her account is far more entertaining to read than my year late write up:  http://www.stuff.co.nz/sunday-star-times/features/3591253/I-feel-like-I-m-going-mad - Note the reference to me: "I strike up a conversation with a 22-year-old engineering student from Canterbury, who doesn't look a day over 16. I'm convinced of this when he leaps a fence."