At the tramping club I decided to organize a trip as a training and fundraising walk for the Oxfam Trailwalker that I'm participating in up in Taupo. The idea was anyone who came along would pay the standard fuel cost and ontop of that a donation to oxfam.

The trip I arbitrarily chose was Cass-Lagoon, its a nice walk with two small saddles and nice river walking. After the interested people assembled it became apparent that we wanted to split into two groups - one who wanted to do the whole trip in a day, and the other who would go at a leisurely pace staying overnight at Hamilton Hut. 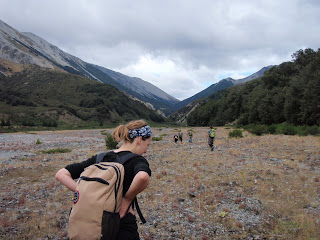 The over forties tramping club were walking up the valley also, I walked and talked with them for a while, eventually I had to leave them to catch up with the others! 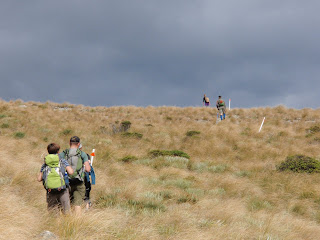 Up in the tussock basin above Cass Hut 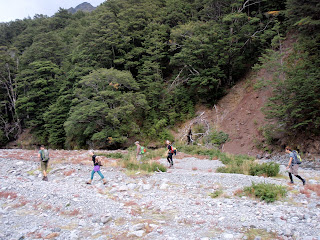 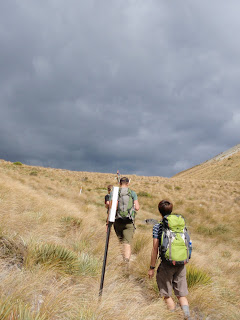 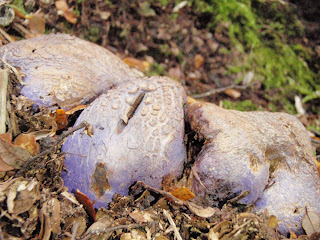 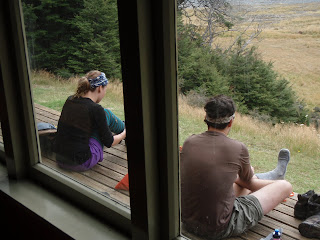 resting the feet for lunch at Hamilton 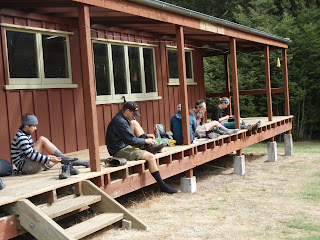 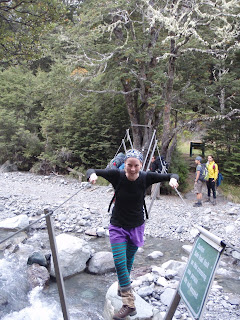 Giselle was excited by the three wire bridge 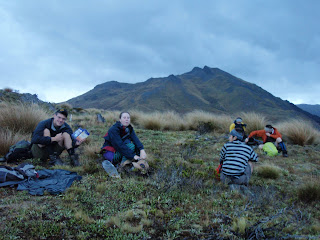 Looking over to Bealey Spur having a snack.

The last of our walking was done at night, there was a wee issue in that we only saw two thirds of the other group... But all in all a great day out, plenty of distance traveled and then we stayed in Bealey hut and planned Sundays adventure. Erik had managed to borrow a second pack raft so I could come on a mission with him. We had been planing on the Taipo, but I was tramping there the weekend before, and he had recently pack rafted it. So we opted for the Otehake hot pools, after the rain we assumed there would be enough water for a good paddle, we were not disappointed! 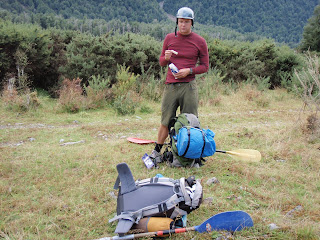 Yup we were tramping with paddles! 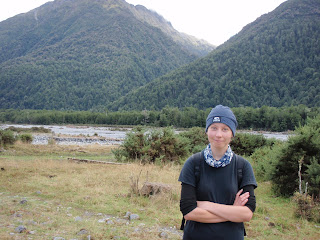 Giselle was very impressed with our boats 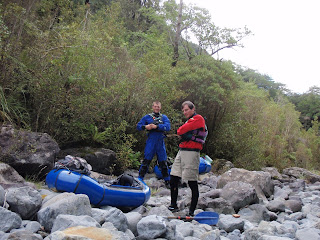 Getting kitted up after a soak in the hot pools. Took about ten minutes to blow up both boats. 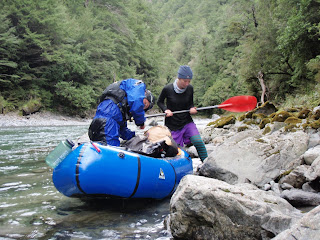 Woot! Although it turns out you can feel the bumps. 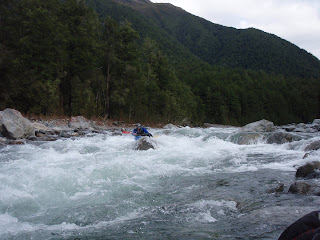 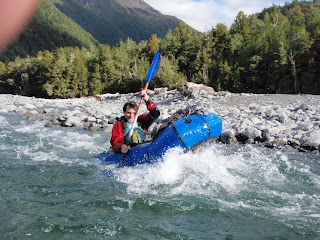 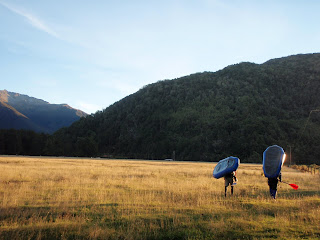 Beautiful day out
So I had a very adventurous weekend in arthurs pass, finally got to try pack rafting. I was very impressed with the small and lite weight boats, the places you could get to in these things is almost limitless. I obviously prefer a "real" boat, something similar with thigh straps would be a big improvement. If I had a spare lots of money I'd be getting one of those!
Posted by Brian Thorne at Wednesday, April 07, 2010