The Hacker fair, so the weekend that Kim and I had planned to go to San Fran happened to be the same weekend that the first hacker job fair was being held in Mountain View... So with a whole lot of help from Kimi I made a poster of me inside a facebook page: 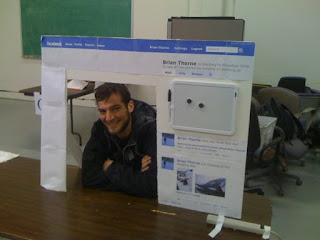 It was a bit different from your standard job fair, the people looking for jobs made stalls and the companies hiring went around talking to them. Not that I was really looking for a job but I had a lot of fun and met heaps of coders, got some contacts at facebook and mozilla. Who knows maybe I'll try for a real job one day...

Onwards to Santa Cruz, went to Katie's campus, its this amazing university in a forest. It was tree, tree, tree, lecture hall, tree... really cool! Tramping style bridges between the buildings and just set in the forest - I liked it allot! It was raining quite heavily so I didn't take the SLR out in Santa Cruz, I hear there is a tree worth climbing as well. 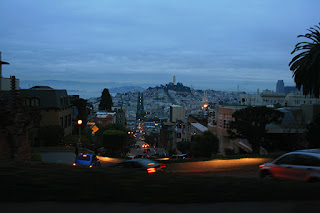 We kept going North to San Fransisco. Saw a really steep street with switchbacks, got some famous clam chowder served in a bread bowl down at the wharf, had some AMAZING chocolate at Ghirardelli's and obviously had to go check out these big bridge things. 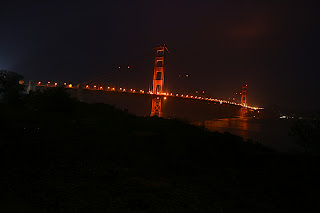 To be honest the silver bridge was cooler than the red one... and we got yelled out for walking across the Golden Gate bridge on the wrong side... spoil sports. 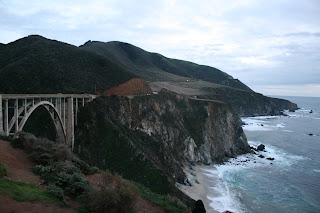 On the road back to Los Angeles, a beautiful drive by the west coast after a wicked weekend.
Posted by Brian Thorne at Monday, March 15, 2010