I went down to Te Anau for a quick visit and to drop of a few items (including my car). I also wanted to catch up the family before I head to the states next week. After a sweet road trip down, some ice cream and ferg in Queenstown I happened to arrive in town mid-way through the Fiordland College prize-giving, that was good to go and catch up with my old teachers and many other students I knew.

The following day was just spent catching up with people and then it was the day of the annual 60Km Kepler Challenge mountain run. My mum Bev was doing it for her 20th (and final) time! I dropped her out at the start line at 5:30am. 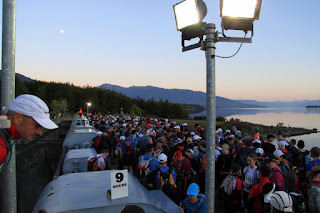 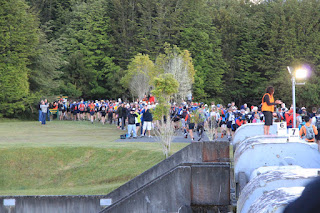 And the 400 odd runners are off! Some will take more than 11 hours to finish, most between 7 and 9 hours, and exactly one person has taken less than 5 hours (the last 3 years in a row).

I then went down to the lake to play with Mums camera - a nice cannon DSLR, I took a few shots that I later merged into these panoramas:

Some 10 hours later, Mum was finished - she looks every so slightly happy with herself! Sadly I didn't take this picture, I was some 40 minutes behind her! I had an elaborate plan to run the last section with her and according to the progress board she hadn't yet passed the checkpoint at Rainbow Reach - where you can drive to. Unfortunately by the time I started running she had apparently finished! 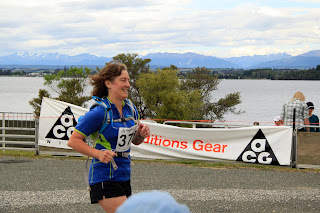 I somehow managed to convince her that she doesn't really need her DSLR for the next two months, and since I'm visiting the likes of Colorado and Banff in Canada that my need was greater. Not sure how she fell for that, but I now have a temporary loan of one sweet camera! Thanks Mum!

I went out with my littlest brother Douglas for a run up to Key Summit on the Routeburn track to take photos - he is a bit of a photographer so I thought I go along.  Mostly crappy ones from up there and I left them all on his computer in Te Anau but I did take one nice one of him being a photographer. 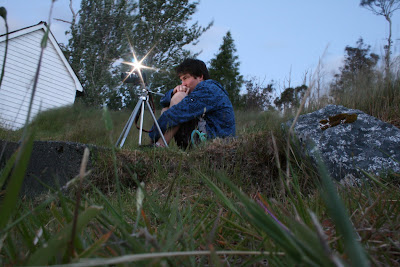 Some very nice people from the race (one of whom lived 200m from me) offered to take me back north to Chch, now I just have 6 days to pack up and clean out my room, clean the flat, organize my gear for this trip and then I fly away!

In theory I'll begin updating this blog thing a bit more once I start to travel - no promises though!
Posted by Brian Thorne at Tuesday, December 08, 2009