The kayak safety course in Murchison with the NZKS was fantastic. We had amazing weather and amazing instructors. Big ups to the New Zealand Kayak School. 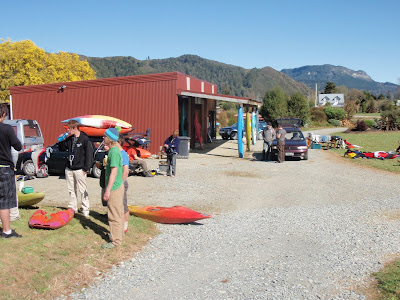 We covered so much in two days. From how to tie all sorts of handy knots, to swimming out and saving people in the middle of rapids. Brilliant weekend. 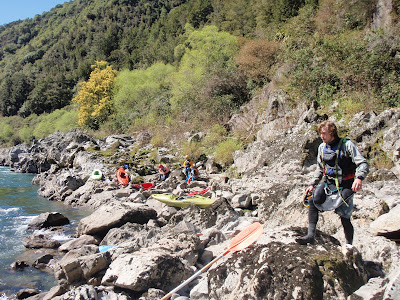 One part I really liked was getting a throw bag clipping in my life jacket to one end, handing the other end to 3 people on the bank saying hang on! Then jumping off a rock into a rapid, swimming out to the victim, grabbing them, forcing there head out of the water, and swimming down the rapid. By this stage the rope has gone tight, the three people on the bank are knocked off their feet due to the crazy amount of power the river has, and we get swung in to the shore pendulum styles.... I sure felt cool! 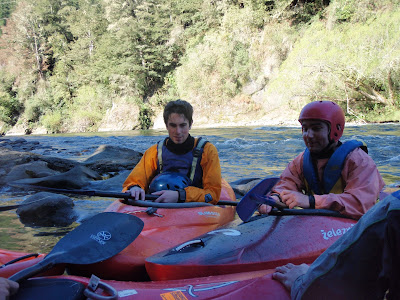 Other helpful things were the mechanical advantage systems, useful for both horizontal stuff - eg getting a pinned boat off a rock; and for vertical stuff like getting someone up out of a gorge.

I really think it should be an annual thing for the instructors, maybe even a small amount of Combos money should be ear marked for subsidies just to ensure the standard stays high... 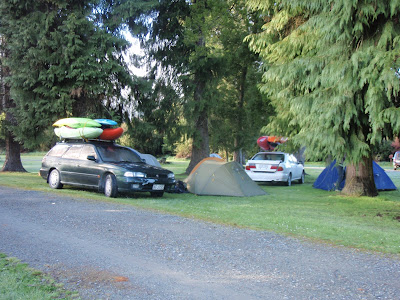 Obviously any weekend up in Murchison is fantastic, there were some good times at the camp ground too!

I'm in no doubt coming back again to read these articles and blogs.
Best fishing kayak under 500