Guitar Hero with a real Guitar

Playing the popular video game Guitar Hero a person emulates playing a guitar and when they press buttons a note plays in real time in the game. The notes are not defined as there are only 5 colored buttons so music cannot be made. I proposes a harder, more useful alternative - using any real tunable electric guitar and as you play the game you are learning to play the instrument.

Imagine getting your electric guitar, plugging it directly into a blackbox which interfaces with your (PC/Xbox360/PS2/PS3/Wii) inserting a game and playing a guitar hero like game WITH YOUR REAL GUITAR! You could have a minor role jamming some easy riffs with Flea playing the hardstuff... all the while improving your music and guitar skills!

GH is a cultural phenomenon - selling over 21 million units and earning over a billion US dollars.

So as my good friend Justin points out - its been done! The last link is a game that does all I have talked about! Sweeeet!


Posted by Brian Thorne at Thursday, September 11, 2008 No comments:

I have just had a very fun few days up in Murchison - went up on Thursday with Craig and every river was swollen and running dirty, the Buller was Massive! So it was with plenty of nerves that Craig and I went for our first flood run on the O'Sullivans rapid of the Buller. It was incredibly powerful - we both went down at the same time and both got flipped by a rather car sized wave! We both rolled back up and then attempted to get to the true left of the river - craig was on the left and he made it, I have never had so little to do with where I was going on a river... I was "told" by the Buller that I would like to do the next rapid, managed te eddie out on the side afterwards and life was all G. It just amazed me how in a 50 meter stretch of water I couldn't get 5 meters to the side! We then went to have a look at the Laver Matak which was truley pumping! Mick had just done his afterwork run so we had a chat about possible places to take begginers with all this scary flooding around - he gave very sound advice of exploiting them as shuttle bunnies and waiting it out. Everything was faster and more dangerous. The next day we had a wee lesson in Big Eddie at the campground - fun times had watching Ian practise his roll in the fridgid waters! Later that afternoon Craig and I went to the Lower Mataki with a random kiwi from the campground - had an awesome run - felt really good charging through some rather large holes! As we were getting out Mick arrived for his 2000+ run on the river - we convinced him to shuttle for us and Craig and I ran the river with him and another professional kayak instructor from the nz kayak school. It was wery good to see the control they had - stopping at the smallest micro eddie and S-turning their way down the rapids! Hopefully we didn't embaress ourselves to much - we then got told about the many plans to damn some of the very rivers we had been padling.
Got back to the campground and the crouds from Christchurch had turned up! So in true UCCC style we got a little roudy. Picnic tables were broken a Mouse made some lewd posses and fun was had by all. Come Saturday we had a bright and early start in big Eddie with everyone going back to basics of forwards strokes etc. After lunch we all headed to the Mangles.
Then a lowers run with Jono, KT, Pat, an English guy and myself was wicked. The pom had a wee swim at the very top of Earthquake rapid... I didn't envey him! I went paddle chasing down earthquake while Jono helped the swimmer. Sweet times that night as well, a mission by Ian and myself involved hitching a dead tree to big brown and trying to pull it down. Fire was all good! Hayley busted out some fire pois later - always fun! Sunday came far to quickly and we went for a nice middle mataks run in the morning - I managed to get my head knocked in a little accident involving a begginner missing the water with their paddle. I then managed to raft another begginer into a hole which we side surfed for a bit before flipping and for some odd reason I held on to their boat under water - ending up us both swimming right above a decent wood strainer! Funtastical! After that we went to the Glenroy - Pat and I ripped it up under Jono's watchful eye, so much fun! A fish and chips smorgasboard and we headed out of Muchison. Sylvia flats hot pools were visited for a good few hours for the debriefing! Brilliant trip all round!
Posted by Brian Thorne at Monday, September 08, 2008 No comments:

Initially the thought was simple - get a keg and bring it to my house, invite friends and drink it.
Apparently this is not good enough so we have gone back to the white board (literally).
A few key points were identified: 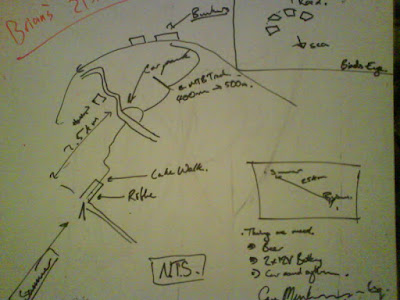 figure 1 shows the initial battle plan - moving from Uni at 1700 hours to the Karo Flat Residence and meeting the few people who bother to show up. these core people will finish the keg prior to departure. Yes we are leaving! we will take the number 3 bus as shown in figure 2 ot Sumner, where we will walk for a wee way (1/2 an hour max when sober) to the middle gun enplacement on the port hills. There is a carpark there - big brown is magically going to be there with any beverages we want transported + coffee facilities and maybe a tent or two for the week (probly me) 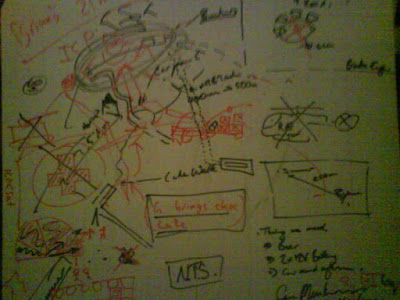 The rather large Red Cross tent shown clearly on the left will not be attending - the pavilion is for official Red Cross events :-(
The RAF which have an Iroquois in the figure will probabley not attend also....
the panzer tank is actually imaginary - it wont be there either. 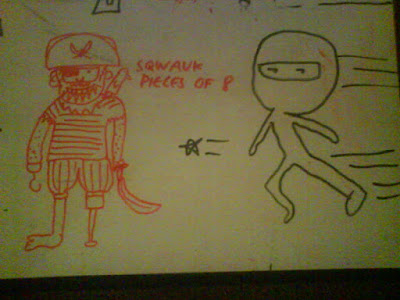 So see you there at 5 or 6pm on Friday the 12th of September - bring a few warm clothes to chuck in big brown for on the hill.
Brian
Posted by Brian Thorne at Wednesday, September 03, 2008 No comments: