Hey ya folks - thought since I'm not getting out and about in the natural world much now that its getting colder and my workload is getting bigger and bigger I would share my current electrical project. I'm slowly collecting tools and my desk is getting further and further towards a workbench! 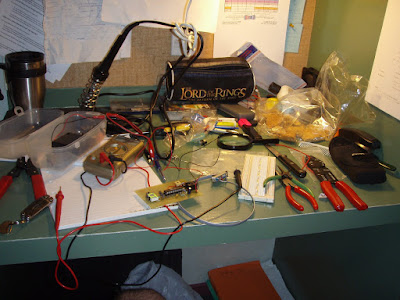 This here is a microcontroller connected to 35 LED's, 2 buttons and a variable dial. Pretty much is a very basic computer! It displays characters on the screen and scrolls through a message. 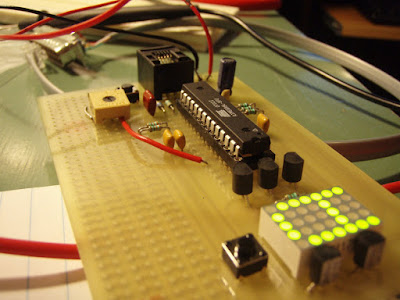 Of coarse I wasn't satisfied with just that so my lab partner and I having finished the text program (yes we had to program it all as well as build it).
We ended up making a snake game for it. Buttons simply changing direction. it still needs a little work which is annoying since the assignment is due in 2 days...
Anyhow the report is worth 70% of the marks so I should really really start that now instead of posting here!
brian
Posted by Brian Thorne at Wednesday, August 01, 2007